How Tilt-Up decreases the total cost of building ownership

One of the iconic sayings attributed to Benjamin Franklin is “an ounce of prevention is worth a pound of cure.” In layman’s terms, this means that it is better to avoid problems in the first place, rather than fix problems once they arise.
Although the building industry tends to focus heavily on initial costs, in actuality those costs become insignificant in the grand scheme of building ownership. Industry studies have proven that the initial capital cost is only a fraction of the total cost of building ownership. One study by the Building Owners and Managers Association (BOMA) estimates that the capital cost of construction accounts for only 11% of the total cost of building ownership. Energy, maintenance, and alterations each have more than twice the impact on total cost.

A similar study by The National Research Council places the capital cost of construction at 15% of the total cost of building ownership. Whatever the number, the message is the same – building owners who focus solely on minimizing the capital cost of construction are wasting an opportunity to positively impact 80-90% of their future costs. Unfortunately, though, the cost of short-sighted upfront decisions is only realized once a building is occupied and operational —when it’s too late to make changes.

Looking to Benjamin Franklin’s advice, the best way to reduce total cost of building ownership is to prevent operating inefficiencies during initial design and construction. This way, building owners can avoid the long-term costs of operating and maintaining an inefficient building.

In the August 2011 issue of The Construction Specifier, Jeffrey Brown, co-founder of Powers Brown Architecture in Houston, Texas, coined the phrase “value office” when describing how tilt-up improves typical office construction. According to Brown’s research, in most suburban markets, the tilt-up office product averages $7 to $10 per square foot less for the exact project built conventionally.

Typical office construction for “class A” space includes a steel or concrete frame with veneer cladding and perimeter columns. In addition to cost benefits, tilt-up improves upon this conventional product since it is more efficient to plan with no perimeter columns. It also accepts any exterior cladding material and offers column-free glazed corners.

Michael Sloane, from J. R. Abbott Construction, reports similar capital cost savings in a February 2013 article in Building Design + Construction. Sloane was the project manager for a 60,000-square-foot two-story medical office building recently built in Smokey Point, Washington. Tilt-up was used for construction of the structural shell – a decision that saved an estimated $160,000 in construction and material costs. Besides the sizable cost savings, tilt-up also improved the quality of the building envelope by reducing the number of exterior layers from five to two. The exterior envelope contains only the concrete tilt-up panel and insulation – eliminating the layers of metal studs, sheathing, and vapor barrier. 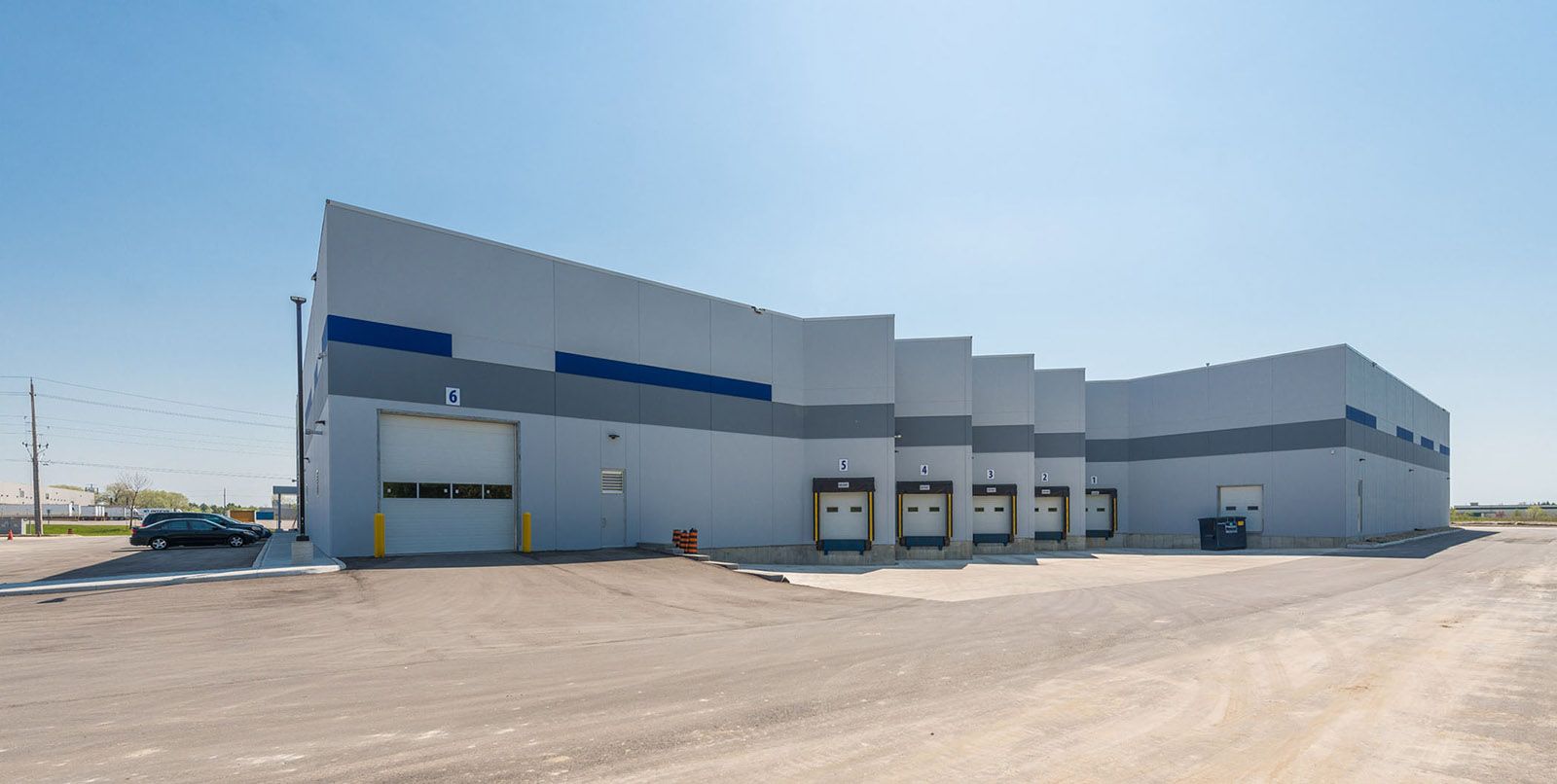 Kim Mulder, president of Star Inc. in Amherst, Ohio, echoes the thoughts of Brown and Sloane. Mulder’s company was the design-builder for the Northern Ohio Medical Specialists, a three-story 106,500-square-foot medical office building in Sandusky, Ohio that received a 2013 TCA Achievement Award. According to Mulder, “We recommended tilt-up construction to the building owners over masonry construction because it provided a 5% cost savings on the total project cost while meeting the owner’s requirements of a durable, energy efficient, and architecturally attractive facility.” Besides the capital cost savings, tilt-up also contributed to the project being completed 45 days ahead of schedule.

The economy of design that makes tilt-up cost effective for office building construction – replacing the construction of perimeter structural framing and non-structural veneer cladding with a single component – provides the same capital cost advantages when applied to other markets as well.

According to simulations by the National Institute of Standards and Technology (NIST), air barrier systems in commercial and industrial buildings are estimated to reduce air leakage by up to 83 percent. This reduction translates into gas bills reduced by more than 40 percent, and electrical consumption decreased as much as 25 percent. But, conventional construction practices do not always yield an airtight building because of the difficulty in tying together multiple materials and layers that comprise the exterior skin of the building.

On the other hand, the tilt-up building product does not suffer from this difficulty. According to the International Energy Conservation Code (IECC) building code, tilt-up by itself functions as an air barrier. No additional materials are needed to create the air barrier layer – the concrete is the air barrier layer. Only the standard practices of caulking at doors, windows and panel joints and terminating the roof membrane are required to complete the air barrier—much simpler and more reliable with tilt-up than with other cladding systems.

To complement this superior air barrier performance, tilt-up buildings can also be constructed with insulated sandwich wall panels, providing a performance R-value that exceeds the material R-value provided by the insulation alone.

Proving the benefits of this advanced air barrier and thermal performance, TCA member SiteCast Construction (Ottawa, Ontario) has gathered data from two elementary schools built in Cumberland, Ontario. The first school measures 49,000 square feet and was constructed in 1996 using conventional brick and masonry construction for the exterior wall. The second school measures 55,000 square feet and was constructed by SiteCast in 1999 using insulated tilt-up concrete wall panels. The data shows that the school built by SiteCast uses 23% less electricity and 35% less natural gas on a daily basis, despite being 6,000 square feet larger. These reductions translate directly into operational savings for the school board, which has a greater budget impact than the original capital cost of construction.

In 2012, Storm King Group of Montgomery, NY built Adams Fairacre Farms, a 65,000-square-foot grocery store. The new store was constructed with tilt-up concrete wall panels that were architecturally finished to replicate the painted brick veneer of three existing Adams stores – which were built of concrete masonry and brick construction. After construction of the new building was complete, Storm King commissioned thermal images of the new store and an existing store to verify that the tilt-up building was thermally superior, as promised. As explained by Brad Nesset, vice president of Thermomass, “The continuity of the colors in the image of the tilt-up building indicates the continuity of the thermal envelope achieved with the tilt-up product, resulting in efficient performance. Conversely, the image of the CMU and brick product clearly demonstrates discontinuities in the thermal envelope, equating to less efficient thermal performance.” As these inefficiencies add up throughout the life of the building, the tilt-up building will provide the owner with energy savings from the superior building envelope.

Building maintenance costs are challenging to quantify, especially when separating the costs of individual components and comparing one method of exterior envelope construction to another. Historically, though, the durable nature of tilt-up construction has proven to reduce maintenance costs.

Functioning as the exterior structure and skin, tilt-up can be provided with truly “maintenance-free” finishes, such as exposed aggregate or cast-in-brick. Compared to traditional brick veneer construction, the cast-in-brick eliminates the future risk—and costly repair—of tuck-pointing or cleaning efflorescence.

Intuitively, tilt-up wall panels are also less prone to damage than lightweight systems such as metal siding or EIFS veneers. To combat the lack of durability offered by buildings with such lightweight systems, many are commonly built with a masonry wainscoting. While providing durability not found in the metal siding or EIFS, this masonry wainscoting adds initial cost to the projects, as well as potential long-term maintenance costs.

According to Glen Stephens, owner and president of SAA Architecture LLC (Laurel, Maryland), tilt-up provides a number of other tangible benefits related to long-term maintenance and the associated costs.

The longer you own a building, the greater the impact of inefficient operating costs and maintenance concerns. In many cases, these operating and maintenance issues are the result of decisions made solely based on first cost during initial design and construction. Therefore, the best ways to reduce total cost of building ownership is to choose wisely and incorporate operating efficiency and low-maintenance finishes into the design and construction of the building. A decision to select the tilt-up building product provides the best of both worlds by allowing you to build in long-term cost efficiencies, while keeping initial capital costs to a minimum.